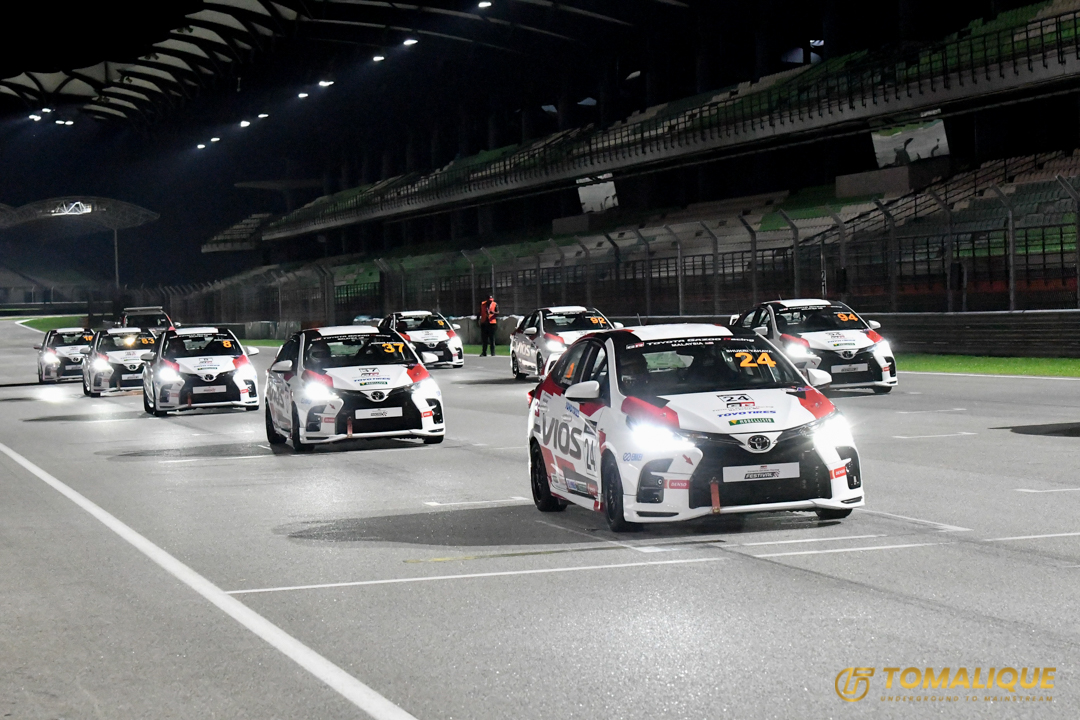 Held under the bright lights of the Sepang International Circuit, the penultimate race of the Vios Challenge series was every bit the dogfight race fans had hoped for to collect valuable points for the overall championship.

The fiercest action was seen in the Super Sporting Class for professionals that was won by Laser Motor Racing’s Eddie Lew. In second was Axle Sports’ Hayden Haikal while in third place was Laser Motor Racing team mate Mark Darwin.

As Lew took off with the race lead from pole position, to get ahead by as much as 3.3 seconds in front of Hayden, the battle for third was extremely intense with no less than five drivers trading places right up to the chequered flag.

“I got a really good start and I tried to drive very consistently to slowly pull away from the rest of the field,” said Lew.

“This was my first night race experience in the Vios Challenge and I really enjoyed it. It was a lot cooler and there was more grip on the track. I really had fun.” 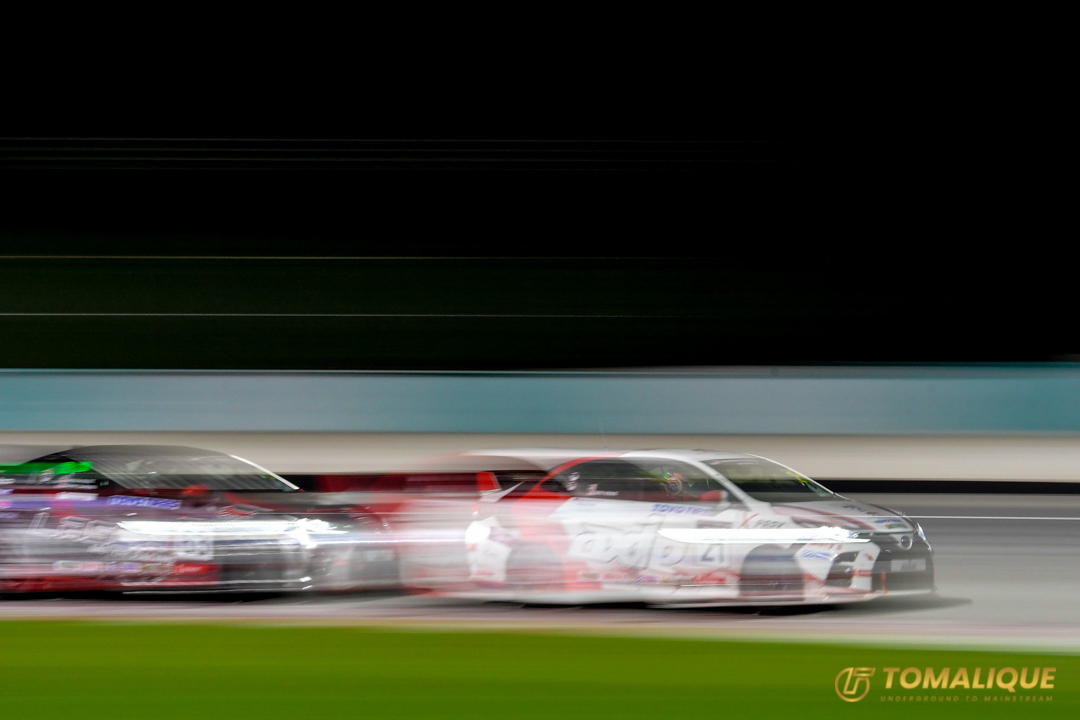 In the Sporting Class for gentlemen and amateur racers, Axle Sports’ Naquib Azlan drove to a commanding race victory after also leading the 20-lap race from start to finish. 23 Motors’ Abdul Miqail had been the surprise of the weekend when he posted the fastest lap to start from pole position but the 16-year-old faltered his start and was quickly swallowed up by the rest of the grid.

Finishing second was S&D Tama Motorsports’ Tom Goh who was glued to the rear end of Naquib’s Vios right to the finish, completing the race just 0.3 seconds behind. In third place was privateer Mohd Shafiq Samsudin who drove a sterling race to fend off an attack by Crestmax Motorsport’s Bradley Benedict Anthony who was fourth and Carroof Motorsport’s Mirza Syahmi Mazlan who rounded up the top five.

“I don’t know where to begin. Coming into this race I knew it was going to be a tough challenge especially carrying a weight penalty of 55kg. The game plan was just to keep up with the faster cars from qualifying and with the championship at stake I had to be mindful of my aggressiveness on the track. Goh and I had a great start and both of us managed to pull away from the rest of the field. We were however, bumper to bumper right to the finish,” said Naquib.

“With one more race to go and being so close to clinching the overall championship, the game plan will be to not complicate things and to manage my risk levels. I know what I have to do and I just have to make sure that everything is in check.” In the Rookie Class for young drivers, Nabil Azlan continued his dominance to win the 20-lap race ahead of Muhammad Hamdany and Muizzuddin Musyaffa who claimed second and third places respectively.

“I had a good start and tried to manage a clean first few laps. We caught up with the Super Sporting Class drivers and that’s when things got a bit tricky. Muizzuddin was leading but he made a slight mistake and I took advantage of that. In the last five laps I really had to manage my tyres to get to the end of the race,” said Nabil. 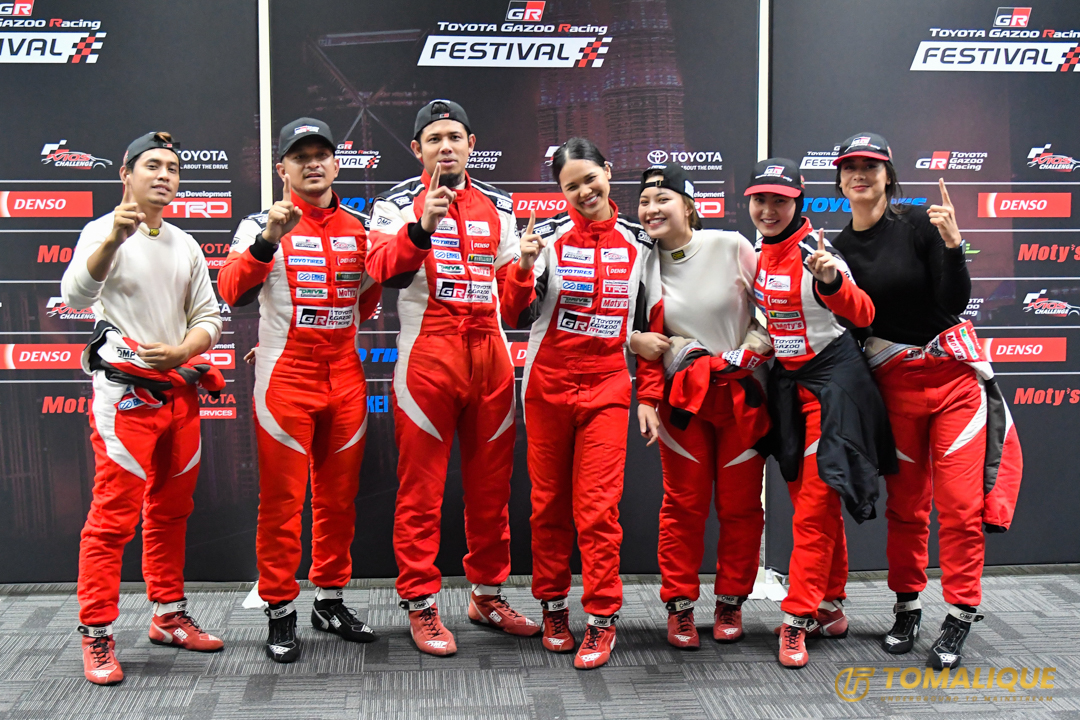 The Promotional Class was also a two-way fight between actors Zizan Razak and Shukri Yahaya from the start until three laps from the finish when both drivers collided which put Shukri into retirement.

Zizan went on to win the race, albeit a damaged car, finishing 4.2 seconds ahead of singer Nabila Razali and with presenter Nabil Ahmad in third place. A penalty imposed on Zizan for causing the collision however, robbed him of that victory dropping him to third place, promoting Nabila to her first race win of the season. Nabil moved up to second position.

“I don’t know what to say…I just want to say thank you to Toyota and to all my coaches, friends and fans. I’m quite proud of myself and this is a very memorable race for me,” said Nabila. 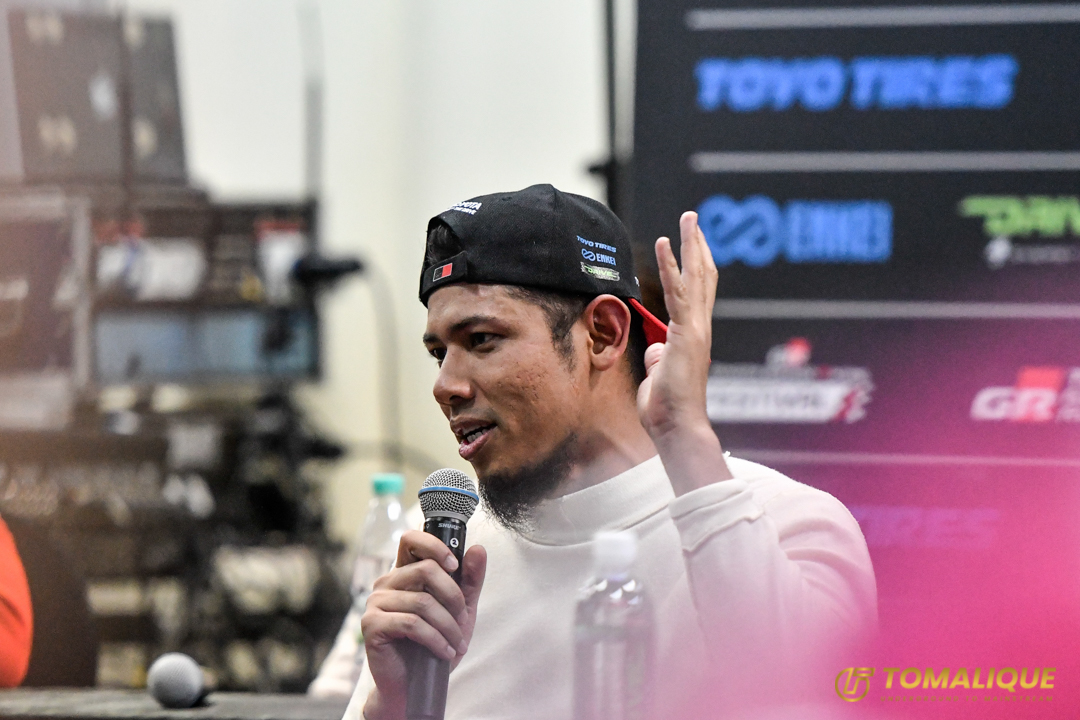 For Nabil, second place, Shukri’s retirement and Zizan’s penalty places him back into contention to fight for the overall Promotional Class championship.

“This was my first night race in Sepang. I missed out last year’s night race as I was presenting at an event and this makes tonight’s race evern more special and certainly a result to remember,” said Nabil.

Season 5’s finale festival sees the entire rooftop length of the Sepang International Circuit’s main paddock building transformed into a festival ground, with myriad of activities for fans and spectators. This includes the opportunity to mingle with their favourite celebrities during a walkabout; and a meet & greet and autograph session; the display and sale of GAZOO Racing and Toyota merchandises; family activites; a lucky draw with attractive prizes; and two very special concerts. 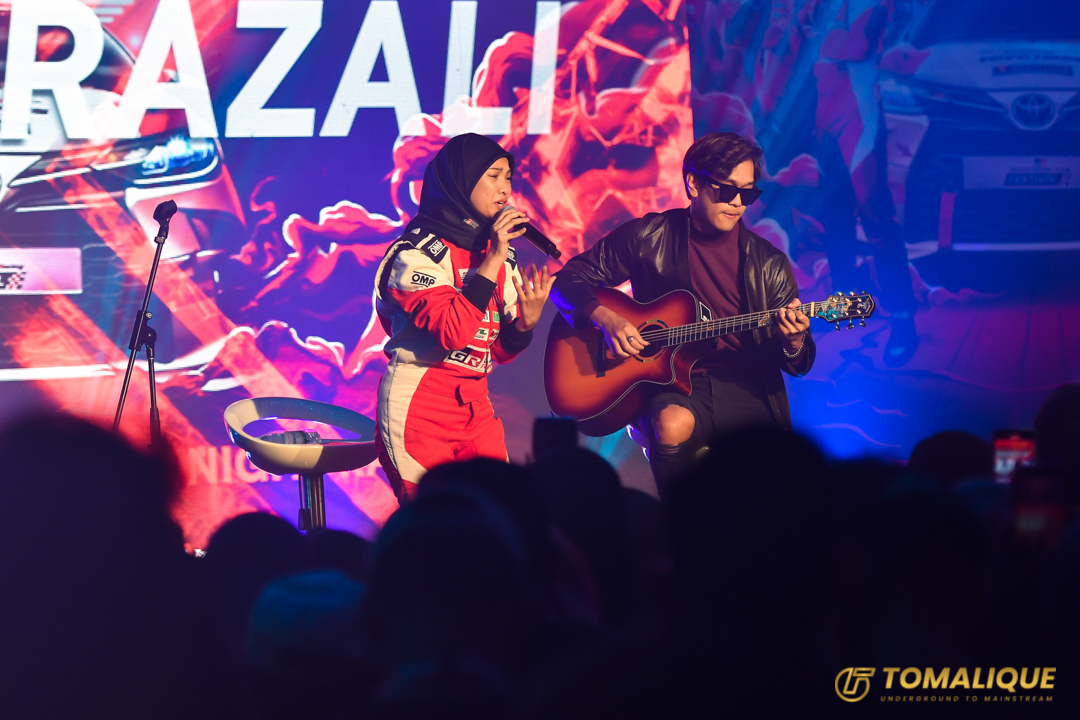 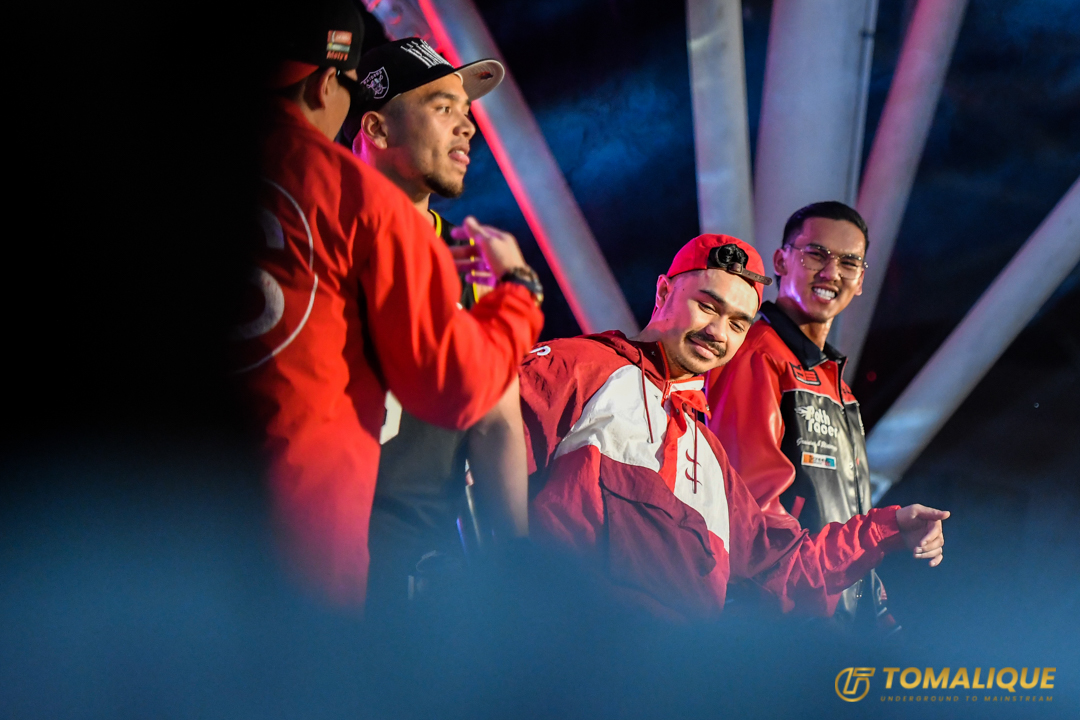 Activities on the track included a track day for invited owners belonging to various Toyota car clubs, and a special session where 10 of Malaysia’s motorsports legends were invited to test drive the Vios Challenge race car.